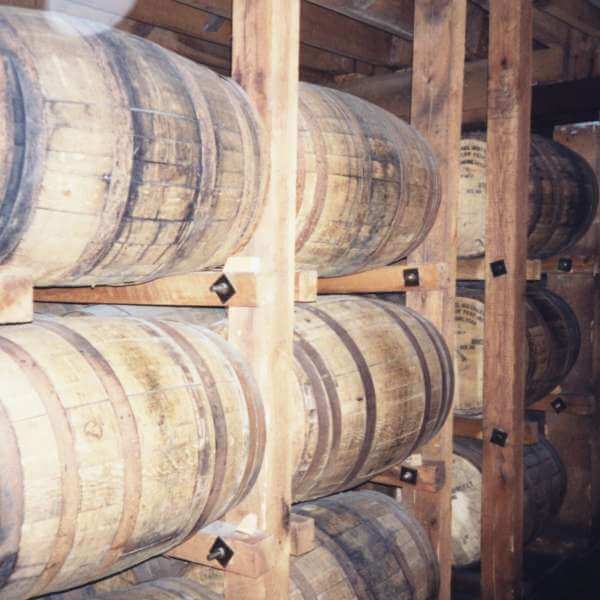 Before we start talking about barrels, what is so special about whiskey?  An interesting fact you might need to know – Americans and Irish spell it with “e”. Canadians and Japanese prefer to spell this word without “e”. Please, don’t try to use any term other than “whisky” in front of the Scotch – you risk finding the enemy! This proud nation is believed to be first to create this drink and believes their invention “whiskey” as absolutely wrong and disrespectful. However, Irish argue that they were the first to create “whiskey”. One way or another, either Scottish or Irish monks invented whiskey as a medicine, but soon all the peasants learned the recipe and even notable dukes enjoyed this drink quite as much as commoners did. Unfortunately, in the sixteenth century Englishmen forbid making the drink to the peasants and saved the right to drink it after the nobility. Making long story short, the definition of whisky (later we will talk about Canadian whisky, so from now on I will use this term) is a type of alcoholic drink, which is made from corn, rye and wheat. It is aged in the new or aged oak barrel.

Canadian whisky is blended whisky, which is produced in Canada. Canadians don’t separate “Canadian whisky” and “Rye whiskey” – according to the Canadian law those two terms define the same product! Rye whisky is considered to be smoother than any other kind of whiskey in the world, due to the fact that its production isn’t really controlled by the government, other than the requirement that all ingredients for whisky have to be raised in Canada. Why Canadian whiskey is so special? Initially, settlers from England and Germany were planning to produce wine and Irish and Scotch were making rum. Canada has a lot of wheat, so at first settlers were adding that as a flavor. Later, immigrants were looking for the new flavor and started to add rye. Since then, recipe hasn’t changed much. Canadian whisky became popular in the U.S. during the Civil War, when Americans were too busy fighting each other to produce any decent type of alcohol. It remained popular up until the Prohibition in the U.S. during 1920s: many Canadian companies were in risk of bankruptcy, because they were mainly working for the U.S. export. In 1950s and 1960s Canadian whisky came back to the market and it still posses the second position among the most consumed drinks in the U.S.

How is Canadian whiskey produced?

Grains and barley are mixed in with the water, converting into the mash.

Yeast is added to mash. In 3 or 4 days yeast converts sugar to the carbon dioxide. As a result, we have a low beer or wine in the still cask.

The mash is heated and transported to another still cask. Remaining alcohol, that didn’t turn into vapor, is called high wine or new whisky.

Water is added to the whisky in proportion of 7:1. It stays in the barrel for at least 2 or 3 years. In Canadian whisky the type of oak is not important, as long as the barrel is used.