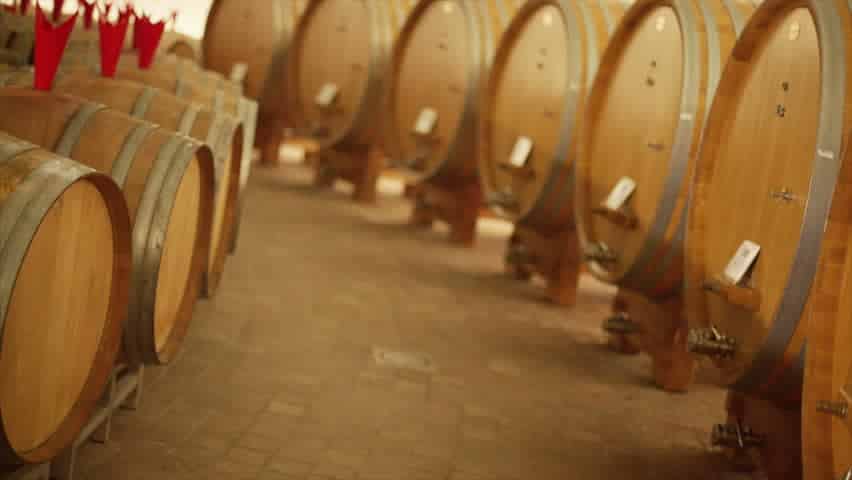 Cherry, chestnut and redwood barrels suit pretty well for aging some types of wine, but they would never overcome the oak casks in their popularity for a number of reasons. None of these wonderful trees can overcome oak in its flavoring qualities: sometimes it seems that God created wine and oak, as he created Adam and Eve, so that they could love and pest each other. To understand a little bit more in the wine making production, the first thing we should learn is what kinds of oak are used for the barrels. Thankfully, there are only three: French, Hungarian and American.

WineEnthusiast website provided the information on the amount of oak barrels produced in certain countries. According to the website, 65 percent of all the oak barrels are made in France from the French Oak – Latin word for that is Quercus robur. However, Quercus robur’s popularity drops down because of its concurrent, Quercus petrae ,which is  Hungarian oak. It reminds the French one very much in its flavoring and aging qualities. Hungarian oak might overcome its neighbor in a couple of decades owing to the low cost: its cost varies from $560 to 700 per barrel, depending on quality, whilst French Oak barrel will cost from $800 to $3600 . Even though the price difference is astonishing, so far post-communist Hungary produces only 4% of the oak barrels worldwide. American Oak is the most popular material for the casks so far – 60% of all the wooden caves are made of it. American Oak (Quercus alba) barrel costs somewhere between $350 to $500 dollars and perfectly matches for those, who would love to try making wine at home. We also should notice Russian, Polish and Carpathian Oak – all of the named below contain 1% of all the wooden barrel production in the world. They used to be the great suppliers for the Bordeaux wine before the Iron Curtain and now they are trying to come back to this niche.

If you want to purchase the barrel, you should remember a couple of facts:

Let’s talk a little bit about the types of wine casks.

Bordeaux and Burgundy (both are less than 60 gallons)

Many people argue that oak casks aren’t that efficient, because after the third usage it doesn’t give this special aroma anymore. Experts say that barrels are good to use for 100 more years, and after they are not good enough for wine, they can be used for aging whiskey or sherry. However, wood alternatives are cheaper, but the majority of wine fans would say that trees are renewable resources, so there is no need to pollute the environment for the cheaper cask.

Anyways, both of the sides would agree that wine is worth making, no matter what is used as a cask.